The sport of dog agility was designed to demonstrate handler and dog’s ability to work as a team where handler directs the dog through an obstacle course in a race that is timed and judged for accuracy. The most successful of agility teams have spent a large amount of time training to build trust and strengthen the bond between dog and handler. There are different levels of competition and teams are placed in divisions based on the dog’s height. The history of dog agility can be traced back to the 1970s in the United Kingdom and has since spread rapidly around the world. Some of the most popular sanctioned agility organizations in the United States include the American Kennel Club (AKC), North American Dog Agility Council (NADAC), United States Dog Agility Association (USDAA), United Kennel Club (UKC), and UKI (UK Agility International.

Billings K9 Coaching offers NADAC, AKC and UKI agility classes and practices. The equipment used in NADAC includes the A-frame, dog walk, weave poles, tunnels, jumps, hoops, and barrels. The teeter, pause table, and tire are used in AKC and other venues. AKC courses do not have barrels or hoops. Before starting agility classes, your dog should know basic skills such as sit, down, come, stay, wait, and recall. It is also highly recommended that you and your dog are able to or have passed the Canine Good Citizen test. 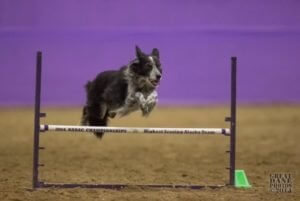